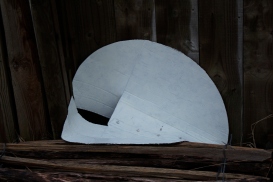 Thomas Goddard ‘YOU BLEW IT UP! AH, DAMN YOU! GOD DAMN YOU ALL TO HELL!’

The contemporary notion of ‘Post Truth’ has the ring of veracity about it. But, of course, nothing (much) is really new and most of it was never true in the first place.

Eric Blair knew this when he gave 1984’s Ministry of Information the title ‘Ministry of Truth’. He worked both for the BBC and the Government’s Central Office of Information and was probably more aware than many, when writing the book in 1948, of the enormous deceptions that took place during the Second World War.

In the later stages of that conflict, ‘Operation Skye’ was part of a programme based on the broadcasting of false radio traffic in Scotland in support of the ‘Fortitude North’ deception plan associated with the ‘Operation Overlord’ invasion of France.

The undertaking was designed to convince German radio traffic analysts that the Allies were planning an invasion of Norway, and its success was attested by the fact that German forces which could otherwise have been moved south were kept in Norway to guard against what was never anything more than a phantom threat.

‘Fortitude North’ was based on the concept of persuading the Germans that the British had a 4th Army, based in Edinburgh, which was being prepared and readied for operations against the German forces in occupied Scandinavia.  It included the construction of false barracks, armaments and tanks – often made from the flimsiest of materials, including parachute silk and plywood.

‘Skye’ was its radio deception component, and as part of this effort radio operators transmitted fake radio messages between various locations to simulate the radio traffic that would be created by the real unit. ‘Skye I’ was the 4th Army’s headquarters, ‘Skye II’ the fictional British II Corps, ‘Skye III’ the genuine US XV Corps stationed in Northern Ireland (but with fictional units added to its order of battle), and ‘Skye IV’ was the fictional British VII Corps.

The British media co-operated with this effort by broadcasting fake football scores and personal announcements for non-existent troops. The wireless programme began on 22 March 1944 and was fully operational by 6 April – classically, the broadcasts were not made from the Scottish West coast, and as far as we know, none of the operation actually took place on the Island of Skye…